Disclaimer here: All information on the blog are coming from the Microsoft papers released in December 2015. The information maybe change in the future or are not correct written on my blog. This blog post just wants to give you a little consolidated overview about the licensing changes. If you want to make sure you will be licensed correctly, connect with Microsoft and/or Microsoft Partner.

I picked some of the interesting parts out of the Microsoft released papers: 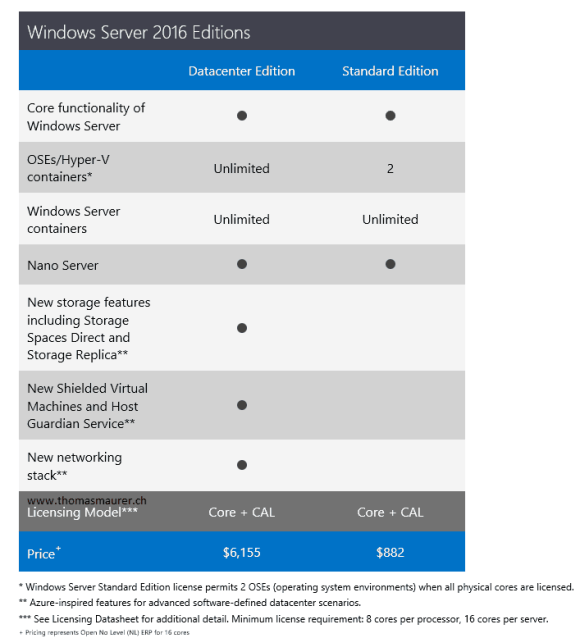 What does the change to a Cores + CAL based licensing model bring:

Some information form the Microsoft FAQ;

This site uses Akismet to reduce spam. Learn how your comment data is processed.